Welcome again to MotoXGraphs…trying to get smarter about following motocross. Now that we're moving on to 2016 and Supercross this weekend, let's take a look back at 2015 in the form of graphs. Here is the entire 450 field, earning points week-by-week: 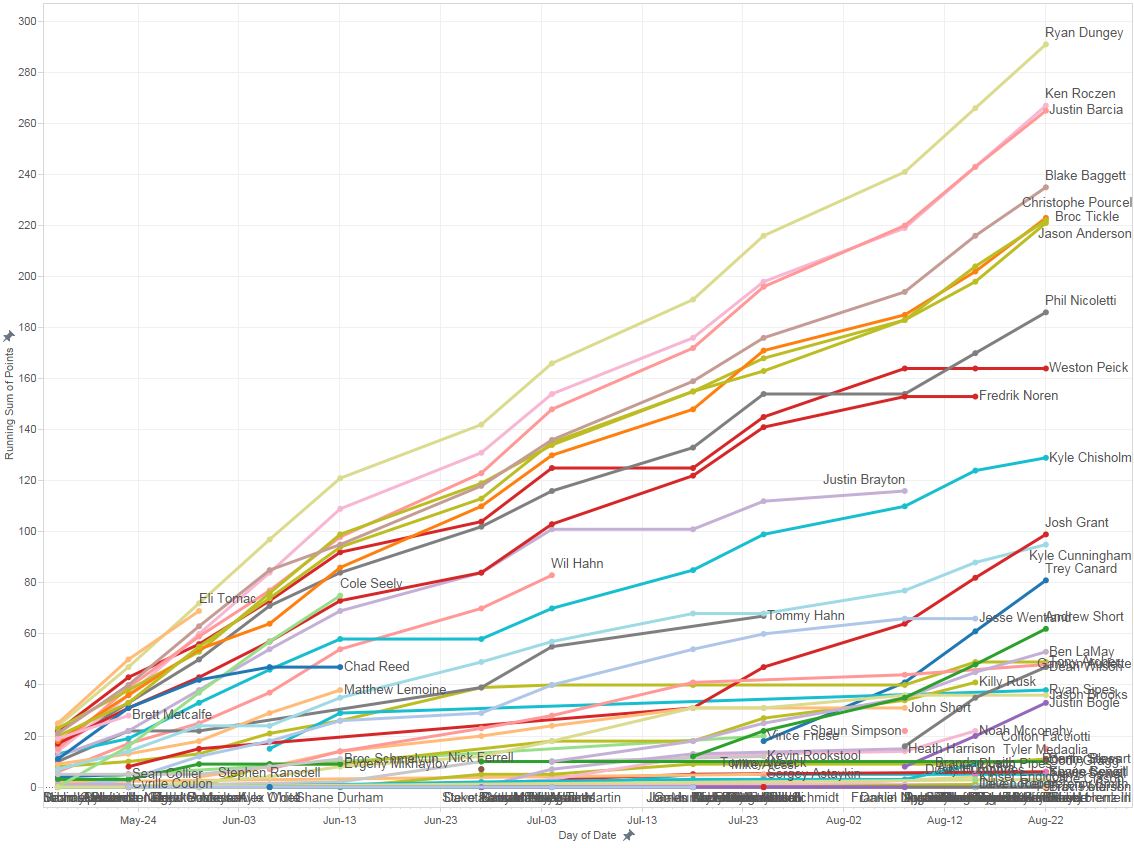 In the big picture, Ryan Dungey ran away with it early and kept going strong. The more interesting race was for 2nd place, as you can see with the tight lines, between Ken Roczen and Justin Barcia, with Roczen edging forward for the lead when the dust settled in the final week.

If we look at the results after week 3, the top 15 were already set above the pack: 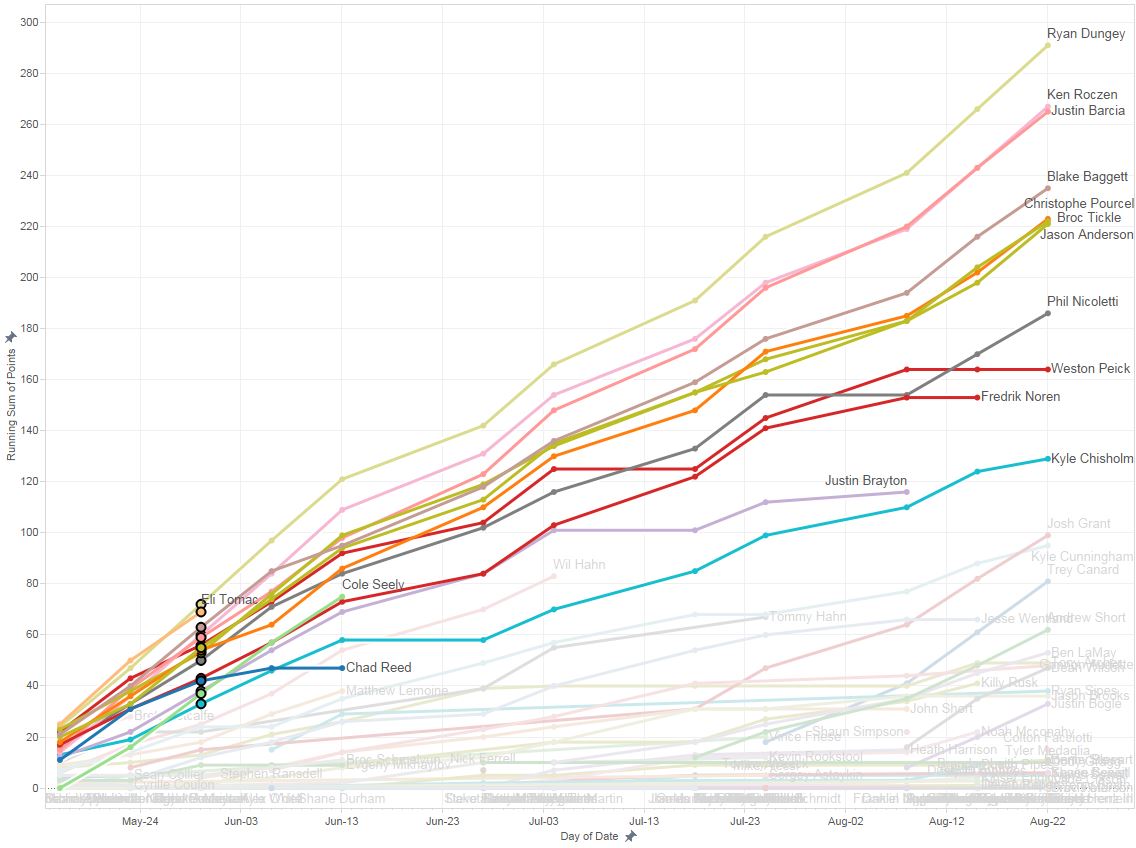 One impressive late run came from Christophe Pourcel, who was stuck in 8th early on then 7th for a while -- but he managed to climb up to 5th in the last 4 weeks, which may not be a podium but sounds a lot better than 7th or 8th. Some other late runs--from those who didn't finish near the top--came from Josh Grant and partial seasons from Trey Canard, Andrew Short, Dean Wilson, and Justin Bogle: 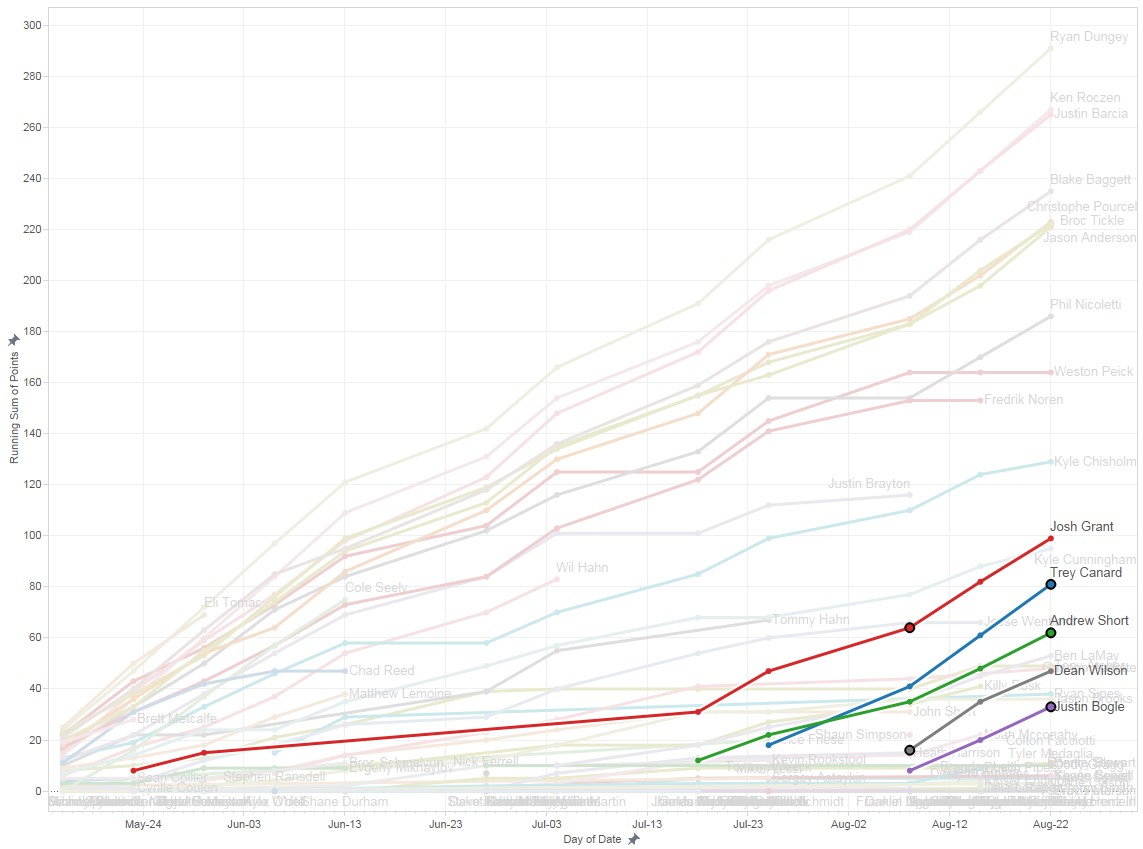 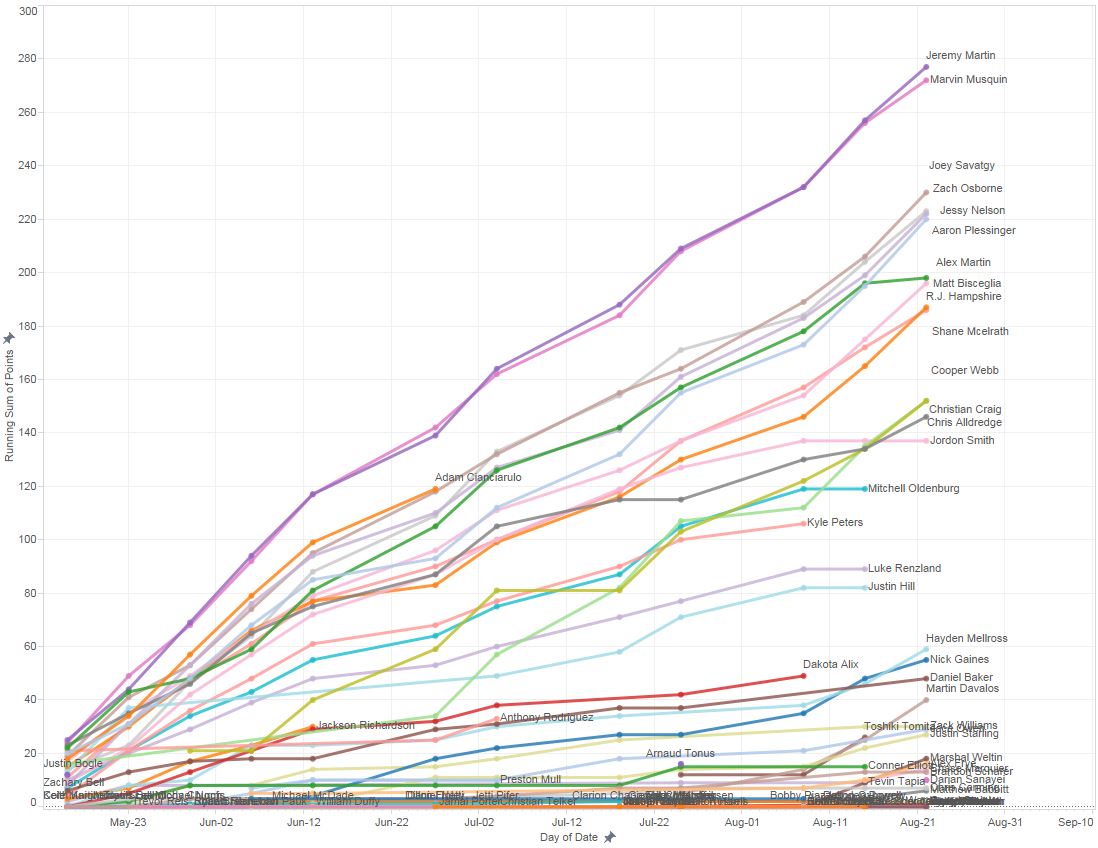 Jeremy Martin and Marvin Musquin went back and forth at 1 and 2, with Martin holding the lead more often than not and keeping it at the end. While those two duked it out, there was a 5-way race for the final podium spot--might have been 6 but for Adam Cianciarulo bowing out after week 6. Joey Savatgy took the #3 spot back from Zach Osborne with three weeks left and held off his challengers until the end.

Of note, Cooper Webb and Christian Craig got slow starts (because of injury) but moved up to the middle of the pack once they got back into action, each passing 7 riders along the way. However, once the top 10 had separated from the pack, nobody was able to surge back into the top 10.

Back to Blog  |  Next: 2016 Supercross Predictions